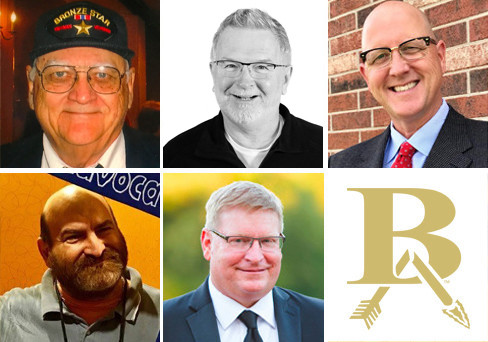 Every fall, the Broken Arrow High School Alumni Association selects a group of “Great Graduates” who exhibit strong leadership skills and remain dedicated to service within their community, bringing honor to their alma mater through personal and professional accomplishments.

Each will be recognized during homecoming week.

“It’s so wonderful to witness Broken Arrow graduates go on to do great things in the community and beyond,” Broken Arrow Public Schools Superintendent Dr. Janet Vinson said. “There is no better time than homecoming week to recognize and celebrate the successes of our alumni.”

The Broken Arrow High School Alumni Association was revived in 1999, starting the tradition of the Great Graduates. Nominations are solicited throughout the Broken Arrow community for alumni who have modeled a selfless life of achievement and service to others for at least 20 years.

The Broken Arrow Alumni Association is pleased to introduce the following Great Graduates. Bios are written by Bob Lewis.

During a long and distinguished career, the late William Leroy Baker gained considerable recognition as an outstanding “people doctor.” But that wasn’t his goal following graduation from Broken Arrow High School in 1952.This Great Graduate entered Oklahoma State University with every intention of becoming a veterinarian. The lure of serving people, however, won his heart and led him to the University of Oklahoma College of Medicine. After graduating, he specialized in helping veterans deal with a number of mental health issues. The importance of his work gained widespread news media recognition following the Oklahoma City bombing. After retiring, Dr. Baker devoted a great deal of time working with young people, teaching art and sharing with them his nationally acclaimed passion for model airplanes. An active birdwatcher, he was especially proud of the rare falconer’s certificate he received. During this same time, he also learned how to whittle and look pride in the skill level he achieved.

Rev. Leroy Gerner, this year’s Great Graduate from the Class of 1975, has devoted himself to spreading the word of God anywhere and everywhere his calling takes him.

Today, that is Omaha, Nebraska, where he is Care Pastor and Director of Care Ministries at King of Kings Church, Director of Core-Omaha, a counseling and spiritual formation agency, and Chaplain of the Omaha Fire Department. In his career, this proud Tiger has served churches in Oklahoma, Mississippi, Tennessee and Nebraska and has undertaken a number of mission trips to locations as varied as Germany, South Africa, Sudan and Ethiopia. At the start his career, he played a key role in organizing Broken Arrow’s Camp Bandage, a safety awareness program that has gained national acclaim. Also on his resume is Camp Lutherhoma which he served first as a Youth Counselor and later as Director.

The story of this year’s Great Graduate from the Class of 1980 is filled with accomplishments at home and around the world. Now a Ph.D., John Ross is a former Captain and Gulf War Veteran with the United States Air Force and a seasoned practitioner of maintenance and reliability with more than three decades of field and plant experience. A published author and internationally recognized public speaker, he currently serves as President of Maintenance Innovators, Inc., an international reliability consulting company, and is sole proprietor of State Line Group headquartered in Kansas City. In addition, he is a senior consultant with the renowned Marshall Institute, an asset management consulting and training company dedicated to helping organizations on a global basis.

Friends and classmates say James Meadours is an inspiration. It is a distinction richly deserved. This year’s Great Graduate from the Class of 1986 has devoted his adult life to advocating for the rights of individuals, like himself, who live with intellectual and developmental disabilities. One of his most powerful and influential campaigns came in 2018 with airing of the National Public Radio series “Abused and Betrayed.” In it, he shared his own experience to help shed light on the fact that both men and women with disabilities face physical and sexual abuse at higher rates than most people know. A tireless worker, Meadours has served as President of People First of Oklahoma and as a VISTA volunteer. He was Chairman of the national organization Self Advocates Becoming Empowered and was recently appointed President of Texas Advocates, a statewide self-advocacy group.

At first, it seems like a joke when a musician as skilled as Darrin Davis says he hates tooting his own horn. But the reality is this Great Graduate from the Class of 1987 would much rather have the spotlight shine on the district’s award-winning 1,500 band students and 15 instructors. Since he began teaching band at his alma mater in 1993, national acclaim for the district’s music department has never been greater. Among its accomplishments are three Bands of America Grand National championships, 15 regional championships and 21 state titles, including the last 18 in a row.

Davis has led his students as they performed during the inauguration of President George W. Bush in 2005, the Parade of Roses in 2009, 2013 and 2017 and in New York’s fabled Carnegie Hall in 2015. In recognition of his accomplishments, Davis has been inducted into the Bands of America Hall of Fame and is one of only 300 people to become a member of the American Bandmasters Association. Here at home, he has been named Broken Arrow Citizen of the Year and the Tulsa Signature Symphony’s Signature Champion of Education.