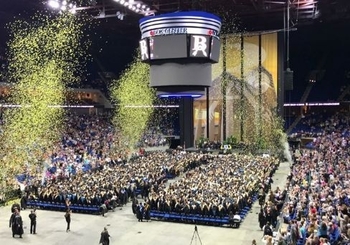 Due to impending road construction near Broken Arrow High School this spring, Broken Arrow’s Class of 2023 will celebrate their graduation on Tuesday, May 23, 2023, at one of Oklahoma’s largest venues, the BOK Center. The ceremony will begin at 7 p.m.

“In consideration of the information shared with us by the City of Broken Arrow, we’ve decided to return to the BOK Center for graduation because of an Oklahoma Department of Transportation road-widening project that is expected to take place along Albany St. during the spring semester,” Broken Arrow Public Schools Assistant Superintendent Steve Dunn said. “We are grateful for an open and honest partnership with the City’s leadership team who contacted us early with their concerns about how this project could impact our event.”

In late fall of 2022, City officials approached the district leadership team with information about a road expansion project that could significantly impact traffic and parking for an event as large as graduation.

“This is a project that will widen Albany Street between 9th Street and 23rd Street from three lanes to five lanes, add a traffic signal at 12th Street, improve stormwater drainage with new curbs and gutters, and enhance connectivity with the addition of new sidewalks on both the north and south sides of the street,” Assistant City Manager of Operations Kenneth Schwab said. “With any roadway improvement project comes disruption. We appreciate the longstanding and collaborative partnership we enjoy with Broken Arrow Public Schools, and we look forward to working with the district and Oklahoma Department of Transportation to minimize any impact that arises from this improvement project.”

Further compounding the issue is the ongoing construction on the south end of the stadium.

“The district’s new event center is still being built to the south of Memorial Stadium, and as we experienced during home football games this year, parking will be extremely limited for our families attending graduation. The shift to the BOK Center makes sense.”

The district previously partnered with the BOK Center, an indoor 19,199 seat arena located in downtown Tulsa, to host the commencement ceremonies from 2014-2019 before the pandemic forced a relocation to Memorial Stadium. The move back to the BOK will also remove some of the limitations and drawbacks of hosting an outdoor ceremony in the stadium.

“We are extremely excited that there will be no need to limit the number of tickets allotted per graduate, and because it’s indoors, the inconsistencies of Oklahoma weather will not be an issue,” Dunn said. “Our graduates are special, and we can’t wait to celebrate them in an iconic venue as they say farewell to this chapter in their lives.”

Students and their families will be provided more details about graduation throughout the spring semester. Project Graduation will continue to be held at Broken Arrow High School following the graduation ceremony. 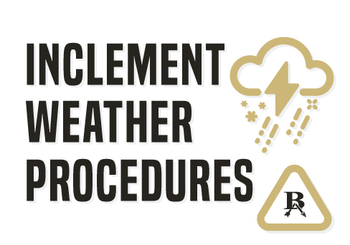 Broken Arrow Public Schools is committed to the safety and wellbeing of its students and staff. In the event that school sites are closed due to unforeseen circumstances, distance learning will be utilized, according to the instructional calendar approved by the Board of Education. The following information explains how closure decisions are made and how families/staff can get the most current information possible:

How are decisions made to cancel school?

When deciding whether to close schools, a number of factors are taken into consideration, including the amount of snow fall, condition of residential and thoroughfare roads, temperature, and the ability to clear parking lots and sidewalks. District administrators closely monitor local forecasts at the first announcement of severe weather, while also personally traveling the roads in various areas of the district. If school is closed, all after-school activities, including sports and evening events, will also be canceled.

How are parents notified when school is canceled?

Closure information will be sent to parents/guardians and employees by telephone and email using our automated messenger system, SchoolMessenger. It will also be posted to the district’s website, Twitter, Facebook, Instagram and shared with local television stations.

What options will the district consider when weather conditions are severe?

Why are distance learning days utilized in the event of closures?

The 2022-23 instructional calendar was developed using survey responses provided by parents/guardians and employees at the end of January 2021. The survey was sent through all communications channels, including email, the district website and social media. The district received 4,892 total responses, and 81.95% of people prefer using distance learning days in the event of unforeseen district closures. This means that the last day of school is set and not altered regardless of closures due to weather.

If you have any questions, please contact your child’s school site. 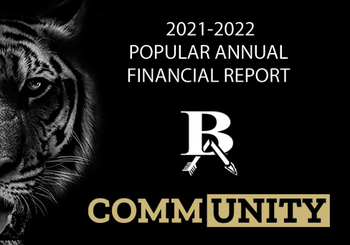 As employees, students and families continued to navigate the global pandemic, the 2021-22 school year was one in which provided lessons of togetherness, courage, hope and COMMUNITY. Broken Arrow Public Schools focused on getting back to the basics, while continuing to excel in teaching and learning. State-of-the-art classrooms, equipment, curriculum and technology continued to unify Broken Arrow students and staff under a common bond of academic excellence.

To highlight the district’s progress both inside and outside of the classroom, the district’s communications team partnered with financial services to create Broken Arrow Public Schools’ Popular Annual Financial Report.

This report combines district highlights and accomplishments from the previous year as well as financial information that is designed to be readily accessible and easily understandable to the general public without a background in public finance.

Questions, comments and feedback regarding this report are encouraged, so please do not hesitate to contact the district at 918-259-5700.