Rapid growth brings own set of challenges for BAPS transportation 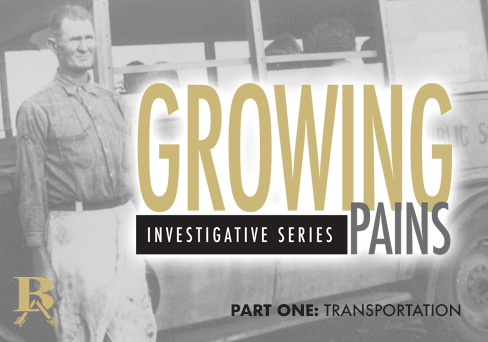 In a city and school district like Broken Arrow, our unprecedented population growth punctuates the desire for families to locate to a safe and fruitful community. But with an ever-expanding populace comes inevitable growing pains—something Broken Arrow Public Schools strives to get ahead of in several aspects, including transportation.

Total enrollment for the district fluctuates year to year, but trends for Broken Arrow have shown a steady increase since 2017. Student enrollment for that school year totaled 17,655. As of this year, the number stands at 19,591 and counting.

“While we are so proud of the numbers of students in Broken Arrow with families choosing to come here, in order to maintain our excellent quality of education, we must make plans to keep up with the growth to help keep our students successful,” said Dr. Janet Vinson, superintendent of schools.

An area hit hardest by exponential growth is transportation, both in ridership and funding. Average daily ridership numbers are reported to the State Department of Education each year for budget allocations to the district. During the 2019-2020 school year (the last full year of data before COVID), the daily average was 10,878 riders. Last school year, the eligible rider number increased to 11,060. For this school year, the district has reported a daily haul of 11,279 riders, with an eligible rider number of 15,446.

This rider number is multiplied by a factor set by the state—a factor that has not changed or been adjusted since 1983, even as rising costs of fuel, staffing, repairs and maintenance of the bus fleet has increased each year. While the transportation department expects an allocation of more than $517,000 from the state, the actual costs of transporting students during the 2019-2020 year totaled more than $7.9 million—a staggering deficit.

However, with new housing developments being built further and further away from the district’s middle schools, it has led to overcrowded middle school bus routes at several sites, along with an increase in special needs buses. That route number went from 333 to 353, and although that doesn’t sound like much, it added an additional three routes to be covered by the small pool of drivers.

For Broken Arrow’s district–which covers 115 square miles and 29 school sites–the shortage of drivers combined with the lack of adequate funding and an archaic State aid funding formula is certainly cause for concern.

“While some of the funding has been restored this year, Broken Arrow has consistently grown in student population while the funding has fallen behind,” said Natalie Eneff, chief financial officer for BAPS. “Broken Arrow must have consistent funding from state-allocated resources in order to keep a balanced budget.”

Another factor inhibiting transportation are the requirements and training needed for a person to obtain a CDL, or commercial driver’s license. More stringent maneuvers and pre-trip inspections were incorporated nearly a decade ago. Over the last five to seven years, the Department of Public Transportation has not allowed school districts to have third-party train testing examiners, meaning district personnel who could test drivers internally to receive their CDL’s. Additionally, there have also been significant changes to the medical requirements for bus drivers, including sleep apnea testing.

“While we uphold the highest standard for the safety of our students and drivers, we also realize that finding these qualified drivers becomes a more difficult task with the number of requirements placed upon us as a district,” said Rosalyn Vann-Jackson, executive director of enrollment and support services. “We simply cannot meet those demands and still have a fully-staffed drive pool at the same time.”

Bond issues are an attempt at meeting some of these transportation needs. But the bonding capacity often does not keep up with districts that experience rapid growth, leaving a lag in funding. This bonding capacity has not been changed since 1955 and must go before a vote of the people if it is to be modified for modern school district growth trends.

Patrons are encouraged to contact their legislators to ask them to update state statutes and to update the funding formula. You can search for your legislator HERE.