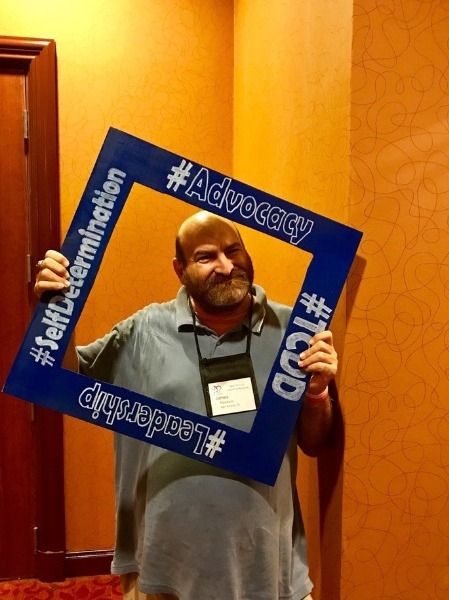 Friends and classmates say James Meadours is an inspiration. It is a distinction richly deserved. This year’s Great Graduate from the Class of 1986 has devoted his adult life to advocating for the rights of individuals, like himself, who live with intellectual and developmental disabilities. One of his most powerful and influential campaigns came in 2018 with airing of the National Public Radio series “Abused and Betrayed.” In it, he shared his own experience to help shed light on the fact that both men and women with disabilities face physical and sexual abuse at higher rates than most people know.

A tireless worker, Meadours has served as President of People First of Oklahoma and as a VISTA volunteer. He was Chairman of the national organization Self Advocates Becoming Empowered and was recently appointed President of Texas Advocates, a statewide self-advocacy group.