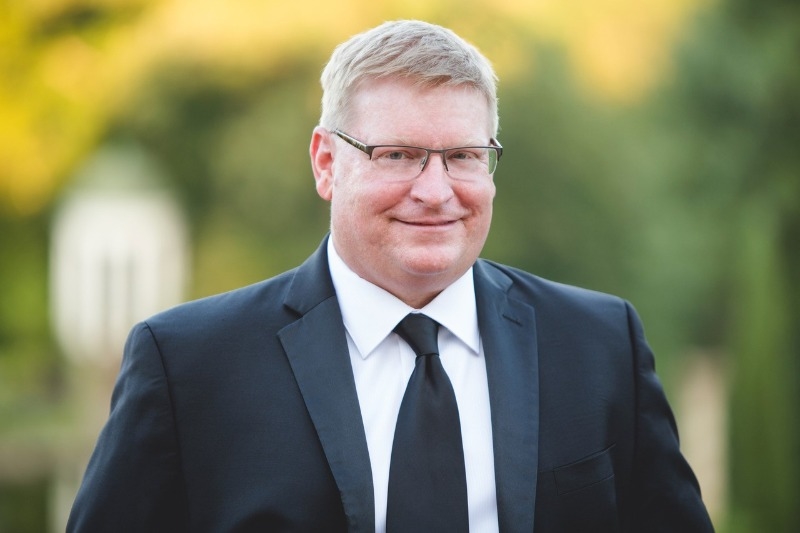 At first, it seems like a joke when a musician as skilled as Darrin Davis says he hates tooting his own horn. But the reality is this Great Graduate from the Class of 1987 would much rather have the spotlight shine on the district’s award-winning 1,500 band students and 15 instructors. Since he began teaching band at his alma mater in 1993, national acclaim for the district’s music department has never been greater. Among its accomplishments are three Bands of America Grand National championships, 15 regional championships and 21 state titles, including the last 18 in a row.

Davis has led his students as they performed during the inauguration of President George W. Bush in 2005, the Parade of Roses in 2009, 2013 and 2017 and in New York’s fabled Carnegie Hall in 2015. In recognition of his accomplishments, Davis has been inducted into the Bands of America Hall of Fame and is one of only 300 people to become a member of the American Bandmasters Association. Here at home, he has been named Broken Arrow Citizen of the Year and the Tulsa Signature Symphony’s Signature Champion of Education.