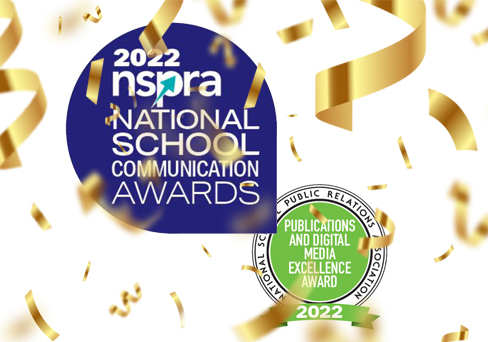 The “Core Values” podcast, which started last fall, was given an Award of Excellence. The video “#CommUNITY,” created by the ArrowVision staff, also received an Award of Excellence. An Award of Merit was given to the video “Inside Look at The Edge of Eternity: Pride of BA 2021 Grand National Champions,” also created by ArrowVision. The BAPS Popular Annual Financial Report, “Virtually Unstoppable,” also received a nod for Award of Merit. And finally, the social media campaign for “Maintain the Brain” received an honorable mention.

“The staff that comprises ArrowVision, communications and public relations is one of the finest in the state, and now the nation,” said Adam J. Foreman, executive director of public relations. “I am so proud to be aligned with these incredible people who strive for excellence in the telling of Broken Arrow’s story to the world.”

The awards will be formally recognized in mid-July at the NSPRA’s annual meeting and celebration in Chicago.