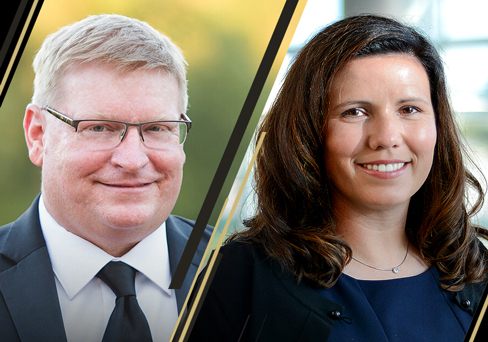 “Broken Arrow is a special place that has continually placed a significant importance toward the fine arts offerings across our school district,” said Davis. “I look forward to beginning a new chapter leading the fine arts programs for Broken Arrow Public Schools, while continuing to serve Broken Arrow bands. Elevating Dr. Pence to co-director of bands is the perfect fit that serves the current and future legacy of the program and its dedicated student musicians.”

Pence has been a band director in the district since 2008, serving as the associate director of bands for the past eight years. Pence’s ensembles have been selected to perform at the Oklahoma Music Educators Association annual conference multiple times. Under Pence’s direction, the Symphonic Band 1 became the first “second band” to perform on the Featured Stage at the Music for All National Concert Band Festival.

“I am excited and honored to have the opportunity to lead Broken Arrow bands and will continue to uphold our program’s widely respected tradition of excellence,” Pence said. “I have had the great privilege of working alongside Darrin Davis and learning from his leadership. Together, along with an incredible team of directors, we have a vision that will raise the program to the next level.”

In addition to the four Grand National Championships, bands under the direction of Davis have performed at Carnegie Hall, marched in three Tournament of Roses Parades, have won 19 consecutive OBA State Marching Championships and will perform at the 2023 American Bandmasters Association Convention in Lawrence, KS.

“Nobody in the country does fine arts like Broken Arrow, Oklahoma, and we are excited for this new and exciting chapter of innovation and opportunities for our students,” said Superintendent Chuck Perry. “Whether it is a musical being held inside the Kristin Chenoweth Theatre, a band, orchestra, or vocal music performance, or a district-wide art show, our staff and our students are bringing the arts to life in Broken Arrow.”