Today
Areas of drizzle before noon. Areas of dense fog before noon. Otherwise, mostly cloudy, with a high near 55. Northwest wind 5 to 10 mph.
Tonight
Mostly cloudy, with a low around 43. North wind around 5 mph.
Wednesday
Showers likely, mainly after noon. Cloudy, with a high near 55. Northeast wind around 5 mph becoming calm. Chance of precipitation is 60%. New precipitation amounts of less than a tenth of an inch possible.
Weather forecast provided by weather.gov.
SearchFront Page Link

Event to be streamed on ArrowVision 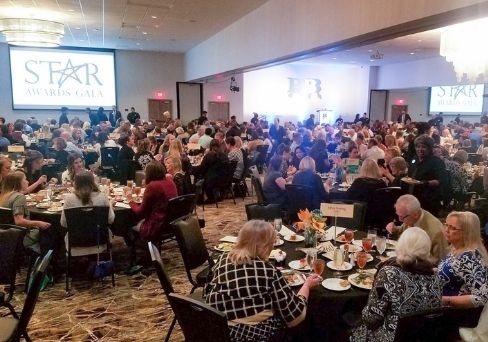 Broken Arrow Public Schools is excited to honor its Site Teachers of the Year and Support Employees of the Year at the annual Star Awards Gala at 7 p.m. on Thursday, April 7, at Stoney Creek Hotel and Conference Center.

In addition, five staff members will be recognized as Support Staff of the Year finalists with one being presented with the Beyond and Above Award. These employees are nominated by teachers, administrators, colleagues and supervisors for consistently going the extra mile in support of the district’s goals and objectives.

Tune in to ArrowVision.tv or the district’s YouTube channel for live coverage of the event.