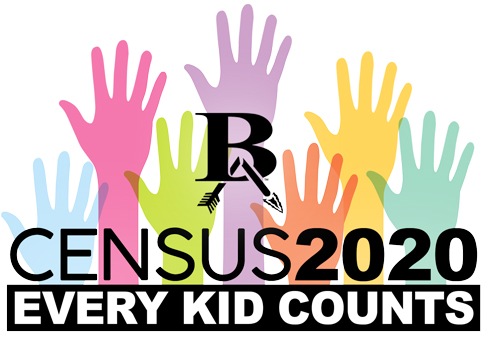 Every kid counts, especially in the 2020 census.

The federal government is currently conducting its decennial census to receive a population count of everyone in the United States. This count includes newborn babies, children, citizens, noncitizens, and those temporarily staying at a household. The census can be completed at www.2020census.gov by Sept. 30.

Data from the census provides the basis for annually distributing billions of dollars in federal funds to communities across the country to support vital programs that impact education, housing, transportation, health care and more.

What does this mean for Broken Arrow Public Schools? An accurate census count is the critical first step to helping educators address the needs of every child who walks through its doors. The census count only happens once every 10 years, and when young children aren’t counted, the consequences can last most of their childhood.

Research shows young children are at high risk of not being counted. The Annie E. Casey Foundation notes that the 2010 census “missed 10 percent of children under the age of five”–that’s more than 2 million kids.

"Our students deserve the very best. They deserve to be counted," Broken Arrow Public Schools Superintendent Dr. Janet Vinson said. “All federal funds are allocated from the U.S. Department of Education to states based on their census count. An inaccurate count could mean lower federal funds for Oklahoma students. This is our only shot for the next 10 years to get the census right."

In an effort to increase census participation, the U.S. Census Bureau has made it easier than ever. You can respond in 13 different languages, and it can be completed in less than 15 minutes by mail, by phone or online. Your responses are safe, secure and confidential.