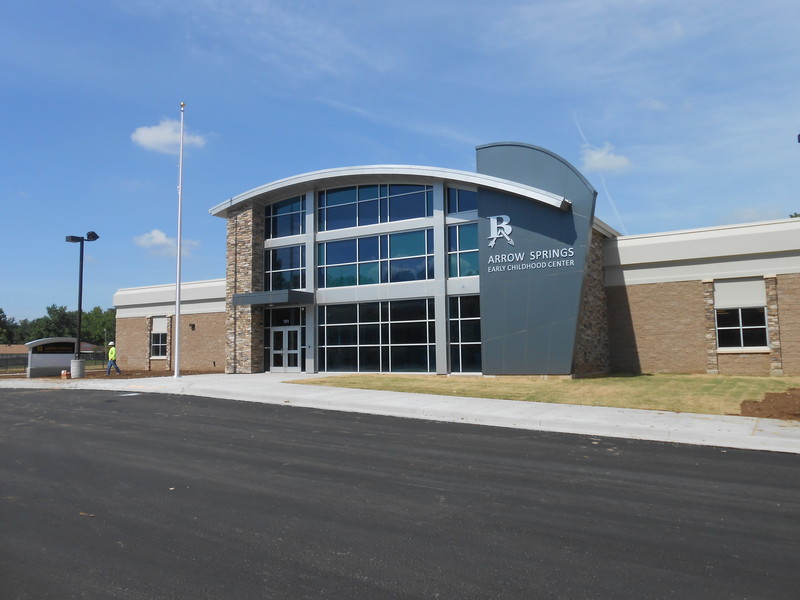 From constructing new sites to renovating longstanding buildings, Broken Arrow Public Schools has worked diligently since the passing of the 2009 bond issue to make major improvements across the district.

These improvements include eliminating all modular buildings, securing school entrances and building additional school sites to meet the demands of enrollment growth.

“One of the key facets of the $295 million bond issue was to remove more than 100 portable classrooms and replace them with permanent structures to better our student’s safety as well as their learning environment,” BAPS Chief Operating Officer Michelle Bergwall said. “We are proud to say each has finally been removed due to the addition of 311 new classrooms encompassing more than 800,000 square feet.”

Launch the media gallery 2 player
By the end of the 2013-2014 school year, BAPS welcomed seven new schools to the district—three early childhood centers, three elementary sites and one middle school. In addition, more than 93,000 square feet were added to the high school campus.

Construction continued throughout summer and has resulted in a number of projects completed in time for the start of school this fall.

“Although the projects, which were part of the 2009 bond issue, are nearing their completion, we will continue to consider district needs that contribute to learning, safety and student engagement,” Bergwall said. “Our goal is to provide an excellent educational experience every day for every student in our growing district.”