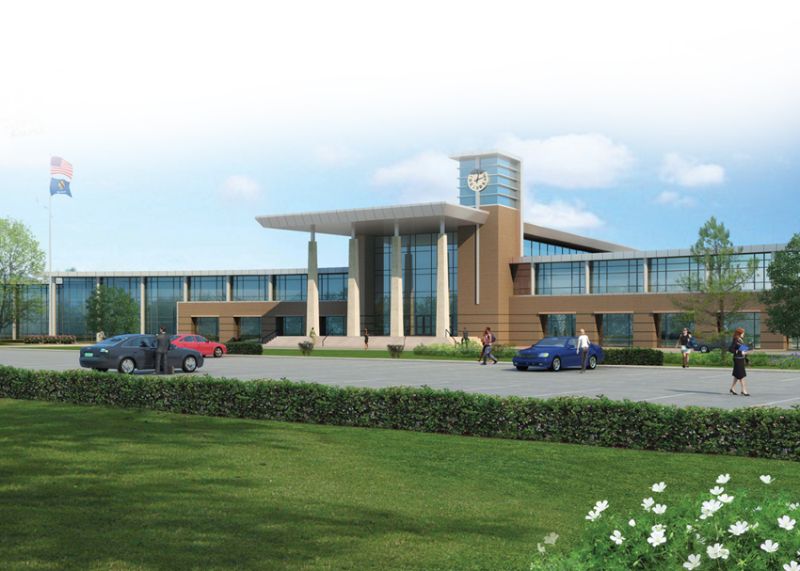 The locker rooms in the Field House (gymnasium) were renovated to better serve the students at the high school. The wrestling room got a four mat addition.

The old Media Center has been transformed into the Student Union. The Student Union will become the main hub of information for students. The Cafeteria also received renovation and remodel to the eating area and the serving lines. Classrooms and office spaces in every building were remodeled to better serve the addition of sophomores to the campus.

Other renovations on the campus include the Indoor Practice Facility. This is an addition to the existing Multi-Purpose Facility just south of Memorial Stadium. It will house a weight room and an indoor 40 yard turf field. Also, a full track and turf field have been added on the campus. It is located just north of the old Westwood Elementary School.

Freshman Academy - Renovations were made to South Intermediate High School (SIHS) from 2009 Bond Issue and in 2014 SIHS will become the Freshman Academy. The Freshman Academy received classroom addition plus instrumental music rooms. The stadium was renovated and a fine arts rehearsal area (Black Box Theatre) was added. Six modular buildings were removed from this campus.

Arrowhead Elementary School – Completed at the beginning of the 2012-2013 School year.

Aspen Creek Elementary School – Completed at the beginning of the 2013-2014 School year,

Creekwood Elementary – Creekwood was one of two elementary schools completed for the start of the 2013-2014 School year. It replaced the Westwood Elementary School which had fourteen portable buildings. Creekwood is located just west of the High School. 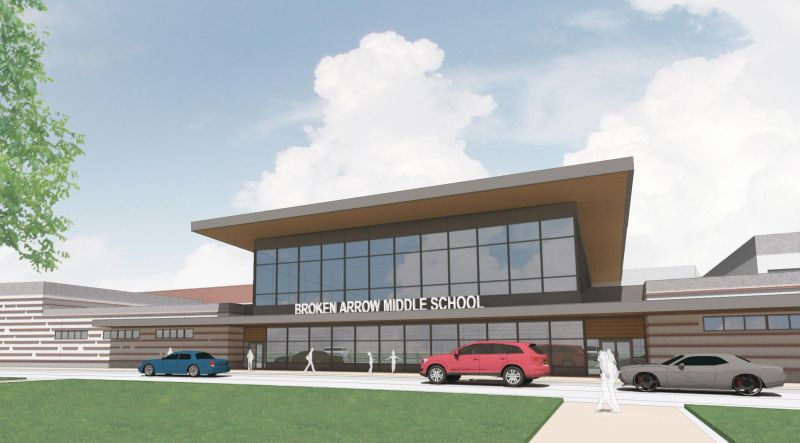 New Middle School at 91st & Oneta Road
Leisure Park Elementary – Leisure Park Elementary received a new media center and secured front entry. The gymnasium was connected to the existing building, making the entire school under one roof. Two portable buildings were removed from this site. Old spaces were moved and received renovations turning them into classrooms. Leisure Park was completed for the start of the 2012-2013 school year.

Lynn Wood Elementary  – The majority of classrooms at Lynn Wood were housed in eleven portables. A classroom addition was added to Lynn Wood to make the entire facility under one roof. A new secure front entry was built, along with new Media Center, art and music rooms, and a new full-sized gymnasium. Interior remodels at Lynn Wood included painting and new carpet and tile throughout the building. Lynn Wood was completed for the 2012-2013 school year.

Rhoades Elementary – Rhoades Elementary received a secure front entry, new media center, new art and music rooms, new cafeteria, and new full-sized gymnasium. Old spaces that were moved received renovations turning them into classrooms. Two portables were removed from this site as well. Rhoades was completed for the start of the 2012-2013 school year.

Transportation & Maintenance Facility – This project is currently under construction. It will include a new concrete paved bus parking and new paved employee parking. The site will also receive a new building that will hold a double bus work bay and a new Maintenance Facility. By combining both of these projects onto one site, Broken Arrow Public Schools was able to stretch their budgets and get more for your dollar.

For current bid notices, please click on "BAPS Bid Notices" under the "Quick Links" column to the right to navigate to the bid notice section. This section is listed under the "District" tab from the top navigation bar.