As we prepare for another great school year, stay in touch with us by continuing to follow our social media accounts. 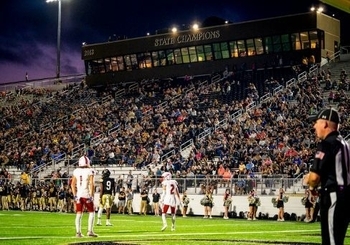 It's time once again to fill up Broken Arrow Memorial Stadium.

Fans who were season ticket holders during the 2021 season may renew their season tickets July 18 through 28, Monday through Thursday, from 8:30 a.m. to 4 p.m. Tickets are available for purchase in the Broken Arrow Athletic Department office on the second floor of the Varsity Training Center (directly south of Memorial Stadium on County Line Road). You may pay with cash, check, or credit card (Discover, MasterCard, or Visa).

Please note: all credit card purchases will have a three percent convenience fee per transaction.

If you would like to upgrade or add additional seats, you must first purchase your current season tickets during the renewal period. When the renewal time is closed, upgrades and additional seats will then be sold on a first-come, first-served basis beginning Monday, Aug. 1, Monday through Thursday, 8:30 a.m. to 4 p.m. Bring your season ticket packet to the athletic office if you wish to upgrade your current seats.

New season tickets may be purchased beginning Aug. 8, Monday through Thursday, 8:30 a.m. to 4 p.m., in the athletic office.

PARKING: The Varsity Training Center is currently under construction. The west/home side to the stadium is available for parking and you may enter through the indoor facility. Follow the signs that will direct you to the 2nd floor to purchase tickets.

Please contact us if you have any questions: seasontickets@baschools.org. 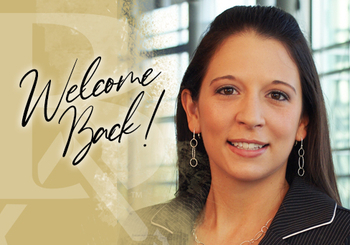 Broken Arrow Public Schools Board of Education approved Tara Thompson as the new chief communications officer Monday night at the regular board meeting.

“I’m absolutely thrilled at the opportunity to return to Broken Arrow Public Schools. This is home, and I care deeply about the success of this community,” said Thompson. “Education has the power to transform lives, and it’s an honor to join the thousands of other educators in this district. From bus drivers to teachers to custodians to principals, it takes a team to educate the almost 20,000 students every day, and I am honored to once again be of service to the students, staff and patrons of my community.”

“My passion for fine arts is unending, and to be able to relay that love for the arts into student-focused curriculum and marketing is nothing short of a dream job,” said Foreman. “I am so honored to help lead a department that strives to show the correlation between academics and arts in creating the whole person in our student body as they prepare for secondary education and beyond.”

Foreman’s arts background is vast and includes more than two decades of service to the Broken Arrow Arts & Humanities Council which evolved into ARTSOK, Inc. Under both banners he has served many roles, including as president and vice president of the organization. Foreman has also directed and organized several community-driven musical productions, all of which raised funds for local non-profit organizations. 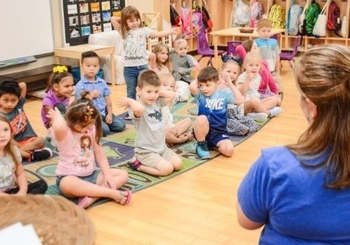 Substitute workshops to start in July

Looking for a flexible schedule? Interested in a career in education? Want to make a difference in the lives of our students? Then join our team by substituting. Broken Arrow Public Schools offers a wide variety of teacher and classroom support opportunities throughout the district. You may create your own work schedule, work as little or as often as you choose, pick assignments that best fit you and so much more!

Visit www.baschools.org/Substitutes to find out more information about the pay rates, upcoming workshops dates and how to submit an application. 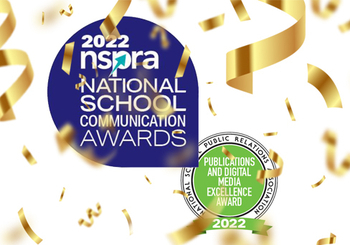 The “Core Values” podcast, which started last fall, was given an Award of Excellence. The video “#CommUNITY,” created by the ArrowVision staff, also received an Award of Excellence. An Award of Merit was given to the video “Inside Look at The Edge of Eternity: Pride of BA 2021 Grand National Champions,” also created by ArrowVision. The BAPS Popular Annual Financial Report, “Virtually Unstoppable,” also received a nod for Award of Merit. And finally, the social media campaign for “Maintain the Brain” received an honorable mention.

“The staff that comprises ArrowVision, communications and public relations is one of the finest in the state, and now the nation,” said Adam J. Foreman, executive director of public relations. “I am so proud to be aligned with these incredible people who strive for excellence in the telling of Broken Arrow’s story to the world.”

The awards will be formally recognized in mid-July at the NSPRA’s annual meeting and celebration in Chicago.

Report cards for Broken Arrow Public Schools students are now available in Home Access Center. Please note that report cards will not be available to view in HAC after June 29. Parents are encouraged to print or download a copy of their student’s report card.

Parents/Guardians are eligible for an account and must have a valid email address on file with the school district in order to register.

Should you have questions about logging into HAC during the summer months, please submit the HAC Contact Us form.

Broken Arrow Public Schools is participating in a summer feeding program that provides free meals to children age 18 and younger at various Broken Arrow school sites and locations. Students are required to eat on-site. USDA does not allow parents to pickup meals for children.

All meals meet U.S. Department of Agriculture guidelines and are prepared with a number of locally-sourced ingredients.

Meals are the same for all children regardless of race, color, national origin, sex, age or disability, and there will be no discrimination in the course of meal service. The USDA restricts adults from eating from a child’s plate, but parents/caregivers may purchase a meal for $4.50 at the school sites only. Menus are subject to change.

Meals will be provided at the following locations (download flier - English  |  Spanish):

Students encouraged to “Maintain the Brain” during summer break

It’s known as the “summer slide” by experts and is far from being as exciting as it sounds. The summer slide is the result of young minds resting in idle during the three-month break from school, sometimes losing more than two months of learning.

To prevent the summer slide, Broken Arrow Public Schools is once again promoting its summer program called “Maintain the Brain,” which provides students with ongoing learning opportunities through free online learning platforms. Students do not need to sign-up to participate in this summer program.

“Research shows that high-quality summer programs make a difference in learning loss and closing educational gaps,” said Kristin Henness, the district’s executive director of teaching and learning. “Our students have shown growth using these programs throughout this year, and we want to maintain those gains over the summer. A student only needs to work on the program 20 minutes a day, 4-5 days a week to maintain their skills.”

The programs are provided free to all families by funds from the Reading Sufficiency Act and the Elementary & Secondary School Emergency Relief Fund.

All programs can be accessed through the student’s Clever account.

So, let’s stop the summer slide! Will YOU help us Maintain the Brain, BA?