Additional recommendation made based on public feedback 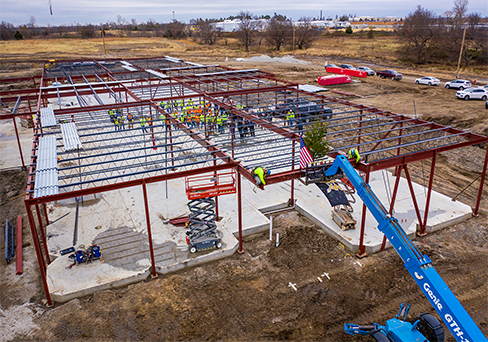 The Long Range Planning Committee, which consists of parents from each elementary and middle school in the district, has announced an additional version of its recommended attendance boundaries for the 2020-21 school year.

Committee members will present the additional recommendation to the Board of Education at its Jan. 13 meeting.

Those changes were made due to public comments received concerning travel distance and road conditions, primarily to Childers Middle School.

As a result, two sections along 71st Street would change from Highland Park to Timber Ridge, the district’s second-newest elementary school which opened in 2017. Other adjustments were also made to the recommendation based on public feedback.

The proposed changes to the boundaries were necessary due to the district’s continued enrollment growth and the construction of Broken Arrow’s 16th elementary school, which will open in August.

Parents and community members are encouraged to submit feedback and questions through a survey.